Coaching is an important tool for managerial growth: why and how?

How do we constantly move on the path of job promotion? 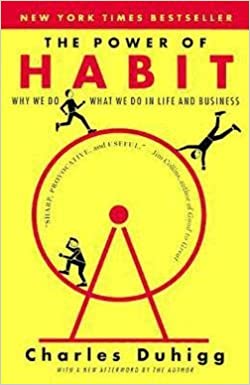 The Power of Habit by Charles Duhigg

Let’s start the conversation about habit power with this example: Two young men were swimming in the water. The old fish came to them and said, “Hello, children, how is the water?” Two months later, they answered, “What else is water?”

Water is our habit, the thoughtless choices and invisible decisions that surround us every day, and if we look at them, they become visible.

In the last decade, our understanding of neuroscience and the psychology of habits and the way functional patterns have evolved in life, society, and organizations. We now know why habits are formed, changed, and informed about its mechanism.

Once a habit is formed, the brain no longer participates in decision-making. In fact, habits are powerful but subtle and can take place outside of our consciousness. Or be voluntarily designed. Habits often occur without our permission, but they can be changed by changing parts.

The reality is that they affect our lives more than we realize. Habits never go away. They are encrypted in our brain structure. The problem is that our brains can’t tell the difference between good and bad habits.

Even when you have a bad habit, it is always there and looking for clues and rewards. But if we learn to create normal neurological currents that dominate previous behaviors, and if we master the habit ring, we can repel those bad tendencies.

When I read these sentences in the book Power of Habit, I had a better understanding of my clients’ challenges.

In fact, a large part of my clients’ challenges in their professional and personal lives are of this kind

The question is, how come we haven’t succeeded in all this effort?

After reading this book, I realized that one of the reasons for the failure is an obstacle called “habit”.

According to scientists; Habits are formed because the brain is constantly looking for ways to record activities. The brain tries to make all daily activities a habit. Because habits reduce the speed of brain activity. An efficient brain allows us not to think about everyday tasks and to devote mental energy to inventing spears, irrigation systems, and so on.

Once a habit is formed, the brain no longer participates in decision-making. Or it doesn’t focus on other tasks. So this pattern is used unintentionally until you have clearly struggled with the habit and replaced it with a new routine.

The good news is that we now know how to break them (habits) and rebuild them to achieve our goals.

Another question that arises is whether it is possible to change our habits on our own or to replace them with other habits.

As a Coach, I believe that human beings can be the best of themselves. They can make any difference in their minds, and I’ve experienced many times that being accompanied by a coach can pave the way.

Why is it easier to change or make a new habit with coaching?

First of all, we need awareness to succeed in this path. Awareness of what we are used to and what the power of habit is.

Achieving full knowledge and understanding of the subject occurs in coaching. That is, I, as a client, can see parts of myself that were in my subconscious and are now on the path to my self-awareness. It is after the awareness stage that we can take action to change or change our habit.

Second, by coaching, we can more easily identify, design, and implement the habit framework, which includes the following:

Third ; Coach will be by your side to follow this path step by step. Of course, this is a long way off, and you need strong faith to do so. The belief that Koch has is that everyone knows how to be their own best. Everyone can be their own best. Coach accompanies you so you can build your faith.

If you believe, you can change and turn it into a habit and use the power of habit to your advantage. Change comes true. The power of habit is to understand that you choose the habits yourself. When the choice becomes involuntary, it is not only real, but inevitable, and irresistibly leads us to our destiny no matter what.

Fourth, by coaching, you can choose your habits and gain the power to change your destiny. This choice is based on the knowledge you gain from your values along the way. These values can create a desire in you to strengthen your willpower based on it and to be able to overcome obstacles and take action.